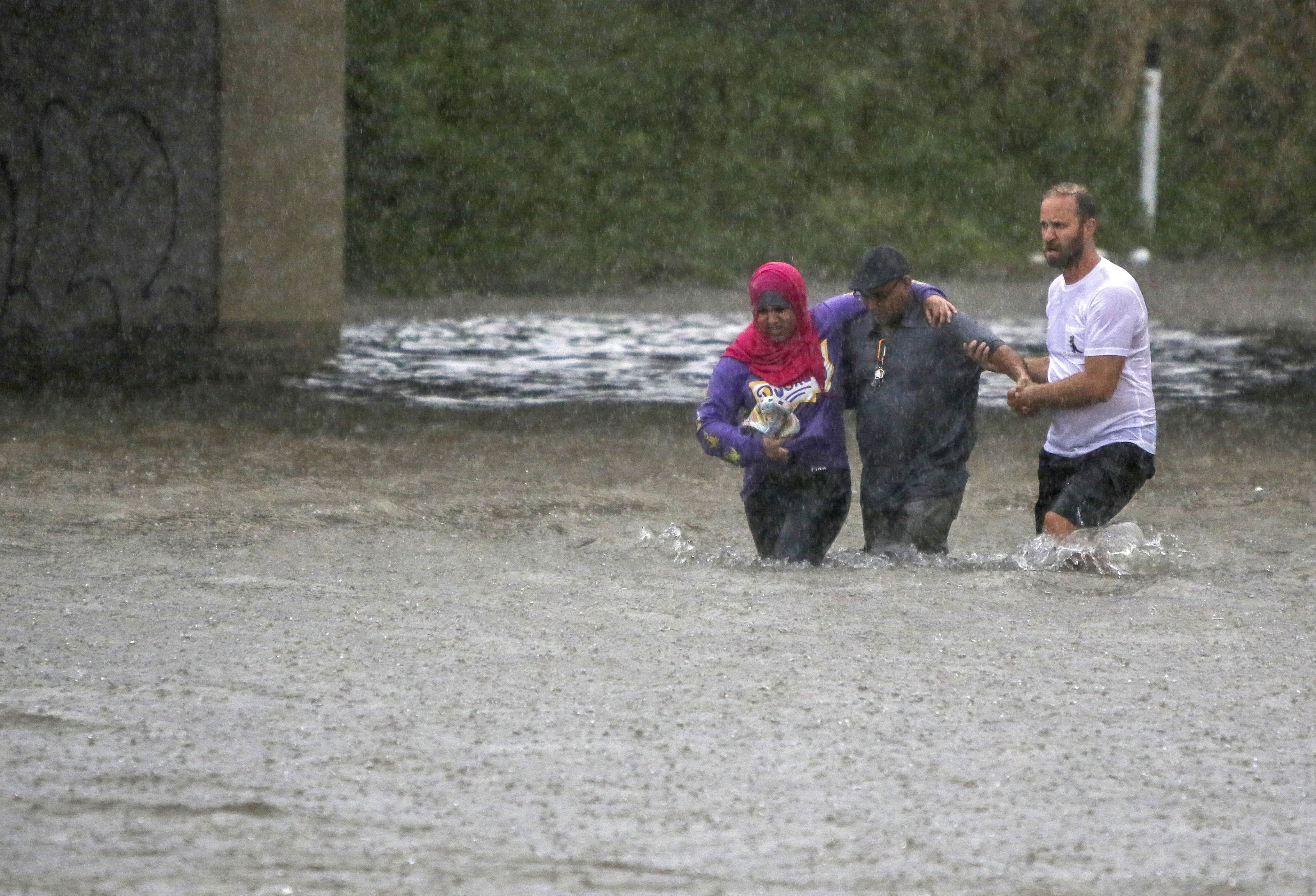 Even though 2022 wasn’t near record hot for the United States, it was the third-wildest year nationally both in number of extremes that cost $1 billion and overall damage from those weather catastrophes, the National Oceanic and Atmospheric Administration said in a report issued at the American Meteorological Society’s conference.

The amount, cost and death toll of billion-dollar weather disasters make up a key measurement, adjusted for inflation, that NOAA uses to see how bad human-caused climate change is getting. They led to at least 474 deaths.

“People are seeing the impacts of a changing climate system where they live, work and play on a regular basis,” NOAA Administrator Rick Spinrad said at a Tuesday press conference. “With a changing climate, buckle up. More extreme events are expected.”

Hurricane Ian, the costliest drought in a decade and a pre-Christmas winter storm pushed last year’s damages to the highest since 2017. The only more expensive years were 2017 — when Hurricanes Harvey, Irma and Maria struck — and the disastrous 2005 when numerous hurricanes, headlined by Katrina, pummeled the Southeast, federal meteorologists said. The only busier years for billion-dollar disasters were 2020 and 2021.

Ian was the third-costliest U.S. hurricane on record with $112.9 billion in damage, followed by $22.2 billion in damage from a western and midwestern drought that halted barge traffic on the Mississippi River, officials said. The $165 billion total for 2022 doesn’t even include a total yet for the winter storm three weeks ago, which could push it close to $170 billion, officials said.

More than 40% of the continental United States was under official drought conditions for 119 straight weeks, a record in the 22 years of the federal drought monitor, easily passing the old mark of 68 straight weeks, Spinrad said. The country peaked at 63% of the nation in drought in 2022. Spinrad said he expects the atmospheric river pouring rain on California to provide some relief, but not a lot.

“Climate change is supercharging many of these extremes that can lead to billion-dollar disasters,” said NOAA applied climatologist and economist Adam Smith, who calculates the disasters, updating them to factor out inflation. He said more people are also building in harm’s way, along pricey coasts and rivers, and lack of strong construction standards is also an issue. With a good chunk of development beachside, real estate inflation could be a small localized factor, he said.

“The United States has some of the consistently most diverse and intense weather and climate extremes that you’ll see in many parts of the world. And we have a large population that’s vulnerable to these extremes,” Smith told The Associated Press. “So it’s really an imbalance right now.”

Climate change is a hard-to-ignore factor in extremes, from deadly heat to droughts and flooding, Smith and other officials said.

“The risk of extreme events is growing and they are affecting every corner of the world,” NOAA chief scientist Sarah Kapnick said.

The problem is especially bad when it comes to dangerous heat, said NOAA climate scientist Stephanie Herring, who edits an annual study in the Bulletin of the American Meteorological Society that calculates how much of the extreme weather in past years was worsened by climate change.

“Research is showing that these extreme heat events are also likely to become the new normal,” Herring said at the weather conference.

There’s been a dramatic upswing in the size and number of super costly extremes in the U.S. since about 2016, Smith said. In the past seven years, 121 different billion-dollar weather disasters have caused more than $1 trillion in damage and killed more than 5,000 people.

“It’s not just one but many, many different types of extremes across much of the country,” Smith said. “If extremes were on a bingo card, we almost filled up the card over the last several years.”

In 2022, there were nine billion-dollar non-tropical storms, including a derecho, three hurricanes, two tornado outbreaks, one flood, one winter storm, a megadrought and costly wildfires. The only general type of weather disaster missing was an icy freeze that causes $1 billion or more in crop damage, Smith said. And last month, Florida came close to it, but missed it by a degree or two and some preventive steps by farmers, he said.

That prevented freeze was one of two “silver linings” in 2022 extremes, Smith said. The other was that the wildfire season, though still costing well over $1 billion, wasn’t as severe as past years, except in New Mexico and Texas, he said.

With a third straight year of a La Nina cooling the eastern Pacific, which tends to change weather patterns across the globe and moderate global warming, 2022 was only the 18th-warmest year in U.S. records, Gleason said.

“It was a warm year certainly above average for most of the country but nothing off the charts,” Gleason said. The nation’s average temperature was 53.4 degrees (11.9 degrees Celsius), which is 1.4 degrees (0.8 degrees) warmer than the 20th century average.

NOAA and NASA on Thursday will announce how hot the globe was for 2022, which won’t be a record but is likely to be in the top seven or so hottest years. European climate monitoring group Copernicus released its calculations Tuesday, saying 2022 was the fifth-hottest globally and second-hottest in Europe.

U.S. greenhouse gas emissions — which is what traps heat to cause global warming — rose 1.3% in 2022, according to a report released Tuesday by the Rhodium Group, a think tank. That’s less than the economy grew. The emissions increase was driven by cars, trucks and industry with electric power generation polluting slightly less.

It’s the second straight year, both after lockdowns eased, that American carbon pollution has grown after fairly steady decreases for several years. It makes it less likely that the United States will achieve its pledge to cut carbon emissions in half by 2030 compared to 2005 levels, according to the Rhodium report.