Funds For Flood-Hit Pakistan May Run Out In January, Says UN 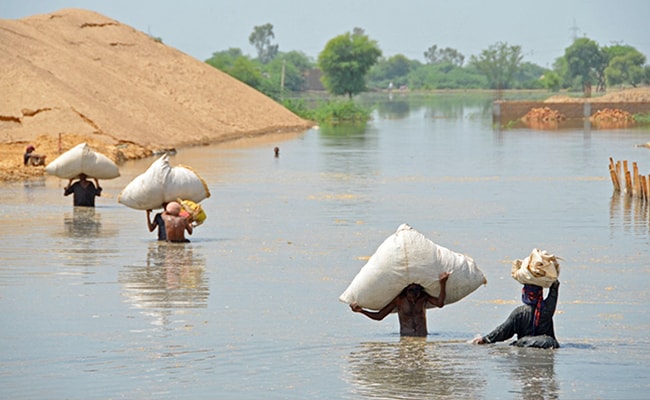 The UN had appealed for more than $816 million. (Representational)

The United Nations today said emergency food aid for devastated flood-hit communities in Pakistan would run out in January after a funding appeal received only a third of its target.

Pakistan was lashed by unprecedented monsoon rains over the summer that put a third of the country underwater, damaged two million homes and killed more than 1,700 people.

“It is a big concern for us to ensure food security in the coming days and weeks for the people affected by rains,” UN Resident Coordinator for Pakistan Julien Harneis told a press conference in the capital.

The UN had appealed for more than $816 million but said its agencies and other NGOs have only received $262 million from international donors.

“It is deeply worrying as other emergency responses around the world get a far higher percentage of response and we’re not getting that financing here,” Harneis added.

The UN’s World Food Programme will run out of funds for Pakistan on January 15, said the director of its mission in the country Chris Kaye.

“We have a major and frankly, I think, very serious crisis ahead of us as we go into 2023 unless we get the required support,” he added.

The number of people in need of life-saving food assistance will grow from the four million previously identified to 5.1 million during the winter, said Kaye.

Between eight million and nine million have been pushed below the poverty line by the floods.

The monsoon washed away vast tracts of crops, with many already impoverished families losing their livelihoods.

While most of the floodwater has receded, some homes remain submerged, leaving families living on elevated roads or in displacement camps.

Some people have been pushed into child labour, child marriage or trafficking, the UN said.

Pakistan places highly in rankings of nations vulnerable to extreme weather caused by climate change but is responsible for less than one percent of global greenhouse gasses.