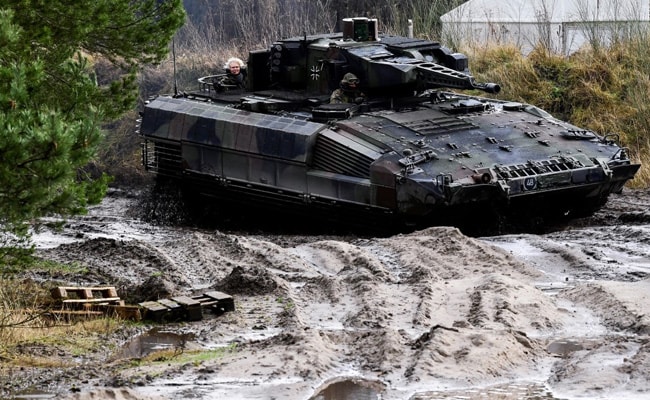 The German government said Monday it will pause purchases of new Puma tanks after a mass breakdown during exercises, lamenting a “harsh setback” as Berlin seeks to overhaul its military.

The armoured infantry vehicles — which were supposed to form part of Germany’s contribution to a NATO force — suffered problems that left all 18 of those in the exercises unfit for operations.

The breakdowns shone another harsh spotlight on Germany’s attempts to modernise its ageing military following Russia’s invasion of Ukraine.

“The latest failures of the Puma tanks are a harsh setback,” said Defence Minister Christine Lambrecht in a statement.

She ordered a probe into what went wrong, and said until the vehicles prove “stable” there won’t be any new orders.

“Our troops must be able to rely on weapons systems that are robust and stable in combat,” Lambrecht added.

The Pumas were supposed to be ready for use in a NATO task force for rapid deployments from January.

Lambrecht said that Germany would still fulfil its obligations towards the alliance, and instead of the Pumas would use ageing Marder tanks.

A defence ministry spokesman said work was being conducted at full speed on “damage assessment”, adding there had been an “unusually high failure rate” with the tanks.

The military has 350 Puma tanks, but only 42 had been set up to be used with the NATO force.

Berlin earlier this year announced plans to invest 100 billion euros ($106 billion) to modernise its armed forces, casting aside a post-war reluctance to spend big on its military to face the threat from Russia.

It is also buying dozens of US-made F-35 fighter jets, but that project has run into problems, with the defence ministry raising concerns about delays and additional costs.