Jamie Dimon rattled the markets last year by comparing the coming recession to a ‘hurricane.’ Now he says it’s just some ‘storm clouds’ 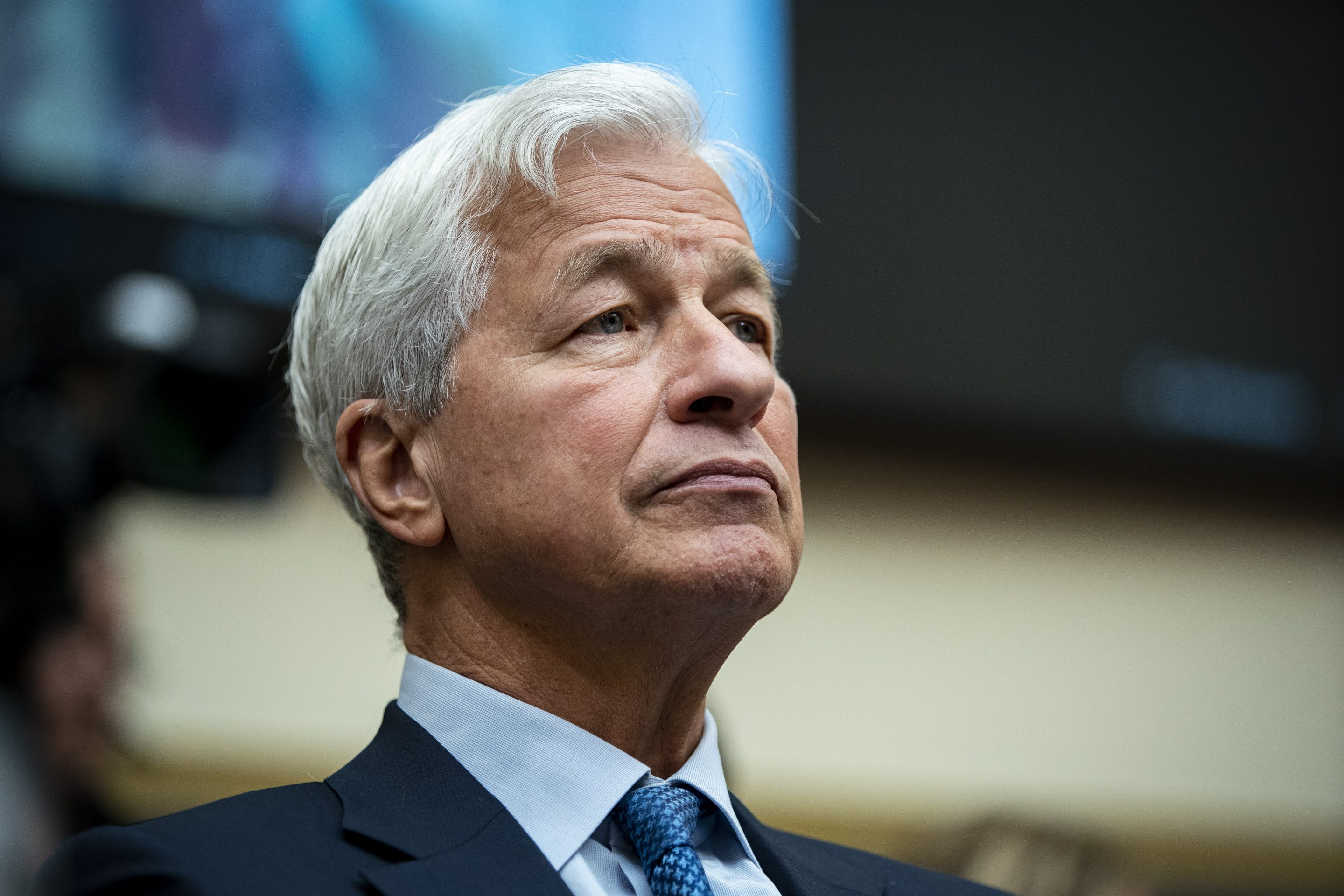 At an annual conference sponsored by AllianceBernstein in late May, JPMorgan Chase CEO Jamie Dimon told a group of investors that he was preparing for the worst and feared that the U.S. economy might experience an economic “hurricane.”

“I said there were storm clouds, big storm clouds. It’s a hurricane,” Dimon said. “Right now it’s kind of sunny, things are doing fine, everyone thinks the Fed can handle it. That hurricane is right out there down the road coming our way. We don’t know if it’s a minor one or Superstorm Sandy. You better brace yourself. JPMorgan is bracing ourselves.”

The news of Dimon’s bleak forecast broke on June 1 when the S&P 500 was trading above 4,100. Over the next two weeks the blue-chip index sank 12% to below 3,700. While one man’s words rarely move markets, and it’s unlikely that even Dimon—who is often seen as the voice of the financial industry—was able to cause such a drop, the outlook clearly didn’t help. And now, Dimon is saying that he regrets using the word “hurricane” at all.

“I shouldn’t have ever used the word ‘hurricane,’” he told FOX Business on Tuesday. “What I said was there were storm clouds which may mitigate, and people said, ‘Oh he doesn’t think it’s a big deal.’ So I said, ‘No, those storm clouds could be a hurricane.’”

Back in April, before his hurricane comments at the AllianceBernstein event, Dimon first told analysts in an earnings call that he saw “storm clouds” on the horizon. Then, in an interview with Bloomberg in May, the CEO said that the economy had a roughly 33% chance of a “soft landing” and a 33% chance of a “mild recession,” adding that “there’s a chance this could be much harder than that.” He even warned at an industry conference that same month that stocks could drop another 30% in a severe recession scenario.

But now, Dimon says that his point was that the “storm clouds” on the horizon “could be nothing,” or they could be bad.

“I think we should understand that I’m not predicting one or the other, I’m just saying, be a little prepared for both of them,” he said.

There’s always uncertainty in the economy and markets, Dimon explained on Tuesday, but it is “heightened” these days because of the Ukraine war, high energy and food prices, rising interest rates, and quantitative tightening—or the Federal Reserve’s attempt to reduce the size of its balance sheet.

That’s why JPMorgan Chase is preparing for “storm clouds,” but Dimon made it clear that this isn’t a new trend. The CEO added he is always ensuring his company can withstand any economic environment and serve customers.

Dimon said that there is also a chance that all the uncertainties that are threatening the economy, from inflation to geopolitical tensions, are resolved this year, leaving the economy with a “Goldilocks mild recession.”

“But they may not,” he added. “I’m still on the cautious side on this one.”

Still, Dimon, who managed JPMorgan Chase through the Great Financial Crisis, still has faith in the U.S. economy. He noted that the consumers continue to spend and they have more money in their checking accounts than before the pandemic. He also argued that most companies are in “good shape,” despite the rise of inflation.

When asked about the biggest lesson he learned from his time in the financial industry coping with boom and bust dynamics, the CEO said that he learned “how resilient the country is.”

“If you go back, every decade, back to 1900, it’s been bigger the decade after—and that includes World War I, World War II,” Dimon said. “The resiliency of the system is unbelievable. It’s the type of thing that Warren Buffett refers to. It doesn’t go backward, it may stop sometimes, but it’s always growing and innovating.”

“Never bet against America” has been, and remains today, one of the key themes of the billionaire investor Warren Buffett’s investing philosophy. At 92, Buffett still serves as chairman and CEO of the $692 billion conglomerate Berkshire Hathaway, and he has repeatedly emphasized throughout his career that the American economy—and by extension, the stock market—will continue to grow.

“For 240 years it’s been a terrible mistake to bet against America, and now is no time to start,” Buffet wrote in his 2016 annual letter to Berkshire’s shareholders. “America’s golden goose of commerce and innovation will continue to lay more and larger eggs. America’s social security promises will be honored and perhaps made more generous. And, yes, America’s kids will live far better than their parents did.”