Joe Biden inviting an FBI search of his home is a huge gamble to avoid criminal liability for classified documents. But it’s also risky 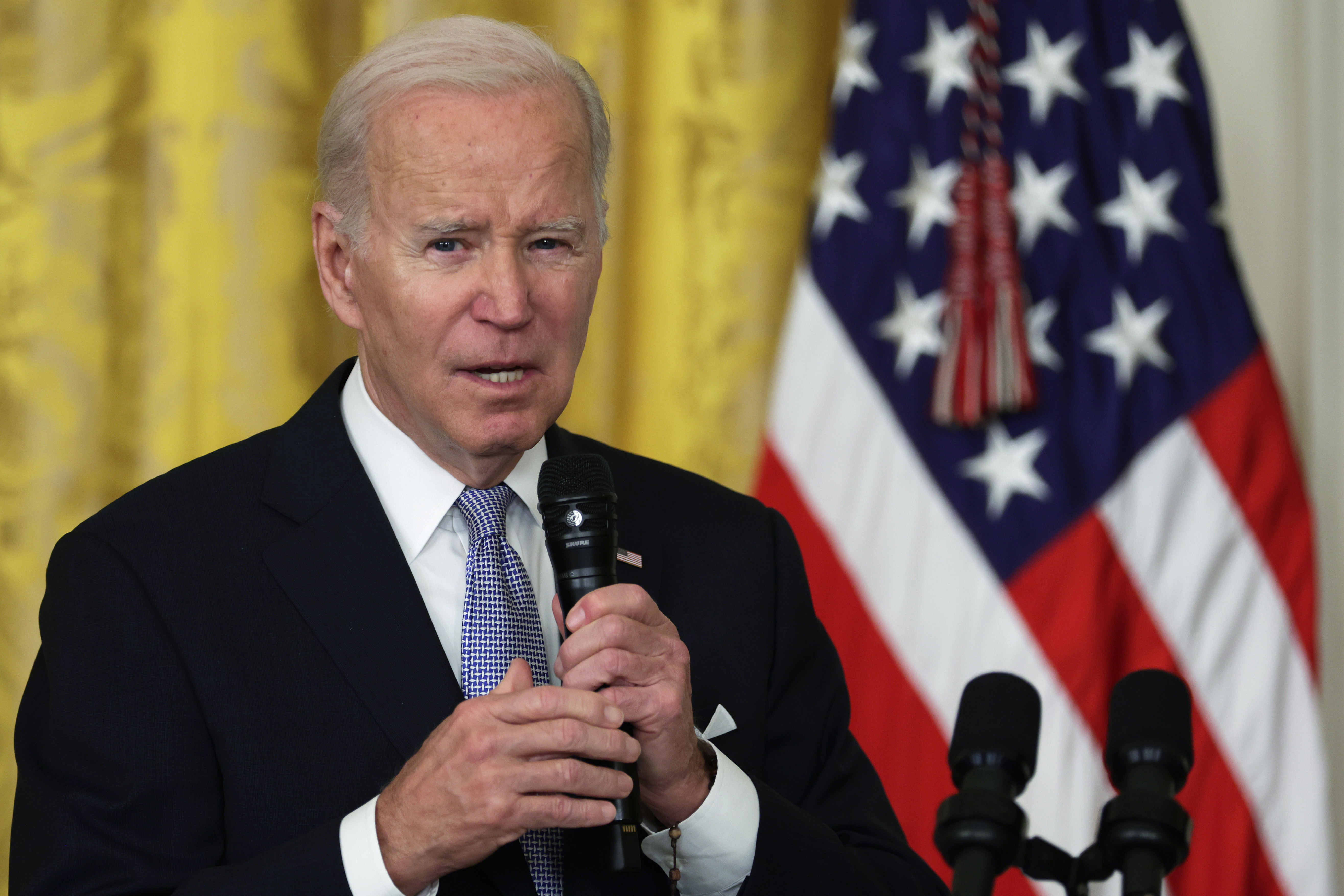 President Joe Biden’s decision allowing the FBI to search his home in Delaware last week is laying him open to fresh negative attention and embarrassment following the earlier discoveries of classified documents at that home and a former office. But it’s a legal and political calculation that aides hope will pay off in the long run as he prepares to seek reelection.

The remarkable, nearly 13-hour search by FBI agents of the sitting president’s Wilmington home is the latest political black eye for Biden, who promised to restore propriety to the office after the tumultuous tenure of his predecessor, Donald Trump.

But with his actions, Biden is doing more than simply complying with federal investigators assigned to look into the discovery of the records. The president is aiming to show that, unlike Trump, he never intended to retain classified materials — a key distinction that experts say diminishes the risks of criminal liability.

White House spokesman Ian Sams said Monday that Biden’s own attorneys invited the FBI to conduct the search. “This was a voluntary proactive offer by the president’s personal lawyers to DOJ to have access to the home,” he said, adding that it reflected “how seriously” Biden is taking the issue.

Mary McCord, a former senior Justice Department national security official, said, “If I was a lawyer and I represented the president of the United States and I wanted to show, ’I am being fully cooperative, and I do care to be projecting transparency to the American public, and I do take this seriously,’ I think this is the advice I would give as well.”

That’s not to say she approves of his handling of the documents.

“I think it’s wrong that he had those documents there,” she said. “It shows lapses at the end of the administration,” when Biden was completing his time as vice president under Barack Obama.

Biden’s personal attorneys first discovered classified materials on Nov. 2, a week before the midterm elections, as they were clearing out an office Biden had used at the Penn Biden Center in Washington. Since that initial discovery, Biden’s team has adopted an accommodating approach to the investigation, even if they haven’t been completely transparent in public.

They didn’t acknowledge the first discovery before the elections, though they swiftly notified the National Archives, returned the documents the day after they were found and coordinated subsequent searches and discoveries with the Department of Justice.

They also are not standing in the way of interviews of staff, including Kathy Chung, Biden’s executive assistant when he was vice president, who helped oversee the packing of boxes that were taken to the Penn Biden Center.

She feels some responsibility but had “absolutely” no knowledge of classified documents being packed, according to a person familiar with her thinking. The person spoke on condition of anonymity to discuss an ongoing investigation.

Biden himself has said he was surprised the documents were in his possession. Last Thursday, frustrated at all the focus, he told reporters: “There’s no there there.”

It all fits a theme: Biden and his aides maintain the document mishandling was not intentional. As far as Biden’s possible legal exposure goes, the question of intention is critical: Federal law does not allow anyone to store classified documents in an unauthorized location, but it’s only a prosecutable crime when someone is found to have “knowingly” removed the documents from a proper place.

Still, welcoming the FBI search could backfire depending on what else might be found. Agents last week took possession of an additional round of items with classified markings, and some of Biden’s handwritten notes and materials from his tenure as vice president and senator.

That’s in addition to the documents already turned in by Biden’s lawyers. Agents could also choose to search the Penn Biden Center and Biden’s other home in Rehoboth Beach, Delaware, as the probe continues. Sams declined to say whether Biden would sign off on additional searches, referring the matter to the DOJ — which has asked the White House not to publicize searches in advance.

Criticism of Biden’s handling of the matter has come from Democrats as well as Republicans. Sen. Dick Durbin, D-Ill., the chairman of the Senate Judiciary Committee, said the president should be “embarrassed by the situation.”

“I think he should have a lot of regrets,” added Sen. Joe Manchin, D-W.Va. Even Biden’s own attorneys have called it a “mistake.”

Republicans, meanwhile, have sought to use their new-found powers in the House, where they regained the majority this month, to investigate Biden’s handling of the documents and hope to capitalize on the investigation.

“It is troubling that classified documents have been improperly stored at the home of President Biden for at least six years, raising questions about who may have reviewed or had access to classified information,” House Oversight Chairman James Comer, R-Tenn., wrote in asking for visitor logs to Biden’s residence.

Responding to Comer’s requests for copies of the documents taken from Biden’s home, the White House counsel’s office on Monday said it no longer had possession of them. It said the White House would “accommodate legitimate oversight interests,” while also “respecting the separation of powers and the constitutional and statutory obligations of the executive branch generally and the White House in particular.”

“This is not ‘legitimate’ transparency from President Biden who once claimed he’d have the most transparent administration in history,” said Oversight Committee spokesperson Jessica Collins, who added that the panels Republicans would use “all possible tools” to get answers.

Trump and some of his supporters have been outspoken, claiming Biden is guilty of worse mishandling of classified documents than the Democrats sanctimoniously accuse Trump of being. The former president is sure to press that accusation vigorously as he campaigns to regain the White House.

The investigation of Trump also centers on classified documents that ended up at a home. In that case, though, the Justice Department issued a subpoena for the return of documents that Trump had refused to give back, then obtained a warrant and seized more than 100 documents during a dramatic August search of his Florida estate, Mar-a-Lago. Federal agents are investigating potential violations of three federal laws, including one that governs gathering, transmitting or losing defense information under the Espionage Act.

In 2016, when the FBI recommended against criminal charges for Hillary Clinton over classified emails she sent and received via a private server when she was secretary of state, then-FBI Director James Comey said the Justice Department —in choosing which cases to bring over the past century — has looked for evidence of criminal intent, indications of disloyalty to the U.S., retention of vast quantities of classified documents or any effort to obstruct justice.

It’s not clear whether agents in the Biden investigation have progressed beyond the question of intent. The White House has not answered key questions, including how classified information from his time as vice president could have ended up inside his Delaware home. But Attorney General Merrick Garland appointed a special counsel to head the probe given the sensitive politics around it.

Garland declared on Monday, in answer to a question: “We do not have different rules for Democrats or Republicans. … We apply the facts under the law in each case in a neutral and nonpartisan manner. That is what we always do and that is what we are doing in the matters you are referring to.”

One key test of the limits of Biden’s strategy revolves around the question of whether the president will agree to an interview with federal investigators if he is asked. White House officials thus far have refused to say whether or under what terms he would do so.