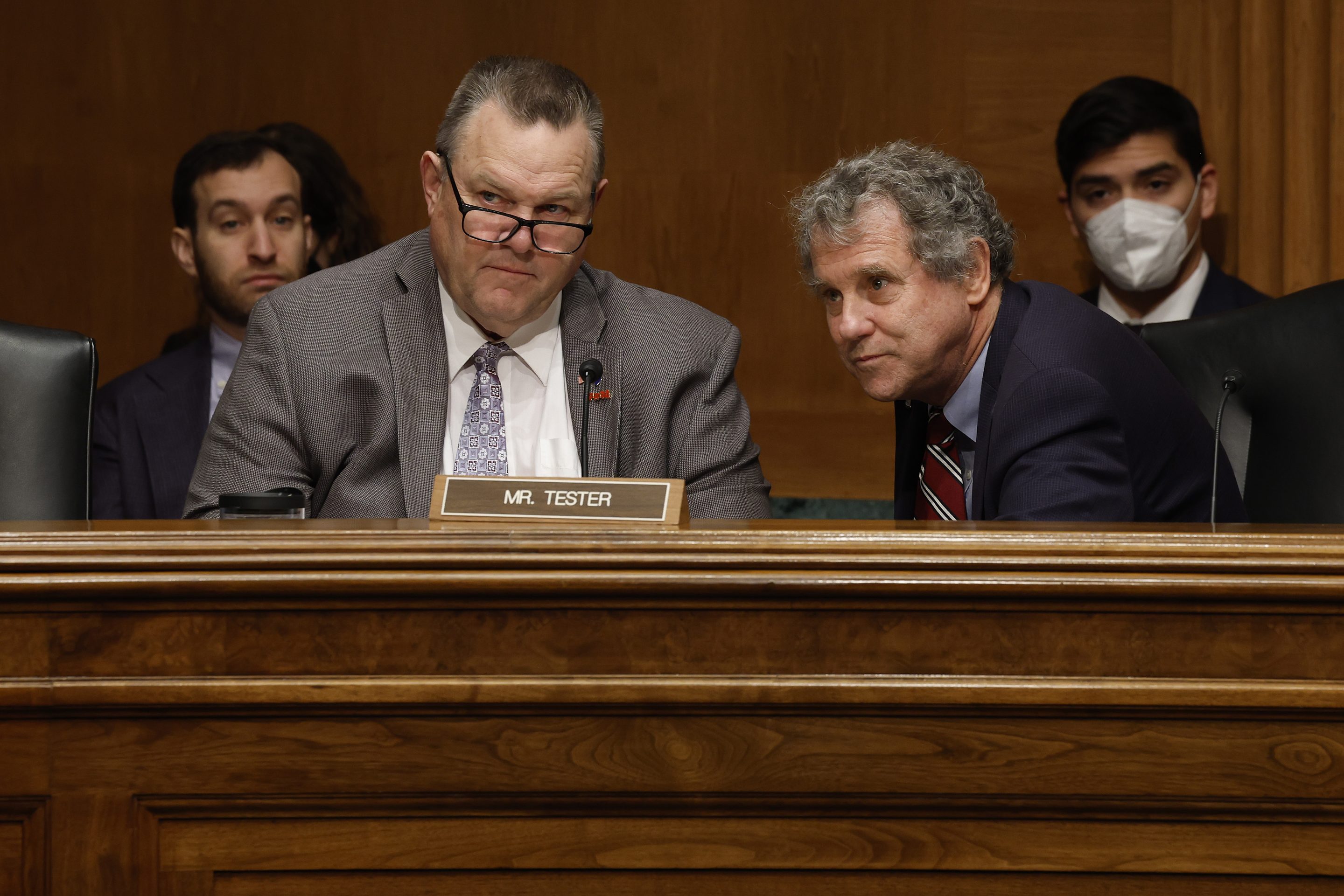 Cryptocurrency firms reeling from the epic collapse of FTX and its aftereffects received yet another unwelcome development on Sunday’s talk shows.

Senator Sherrod Brown, chair of the Senate banking committee, took questions on NBC’s Meet the Press today about how lawmakers should approach cryptocurrencies after the FTX debacle.

Host Chuck Todd asked the lawmaker whether regulating crypto would give a “green light” to something that many people think should be banned.

Brown, referring to government agencies—the Treasury, the Securities and Exchange Commission, and the Commodity Futures Trading Commission—replied, “We want them to do what they need to do…maybe banning.”

His comments follow ones made by Senator Jon Tester, who serves on the same banking committee and was asked by Todd last weekend whether crypto should be regulated or banned.

“One or the other,” he answered. “It’s not been able to pass the smell test for me…I see no reason why this stuff should exist. I really don’t.”

Crypto an ‘investment in nothing’

Charlie Munger, vice chairman of Berkshire Hathaway and Warren Buffett’s business partner, said this summer: “Crypto is an investment in nothing…I think anybody that sells this stuff is either delusional or evil. I’m not interested in undermining the national currencies of the world.”

Munger went so far as to praise Chinese leader Xi Jinping for being “smart enough” to ban Bitcoin in China.

But Brown on Sunday acknowledged banning crypto is “very difficult because it will go offshore and who knows how that will work…This is a complicated, unregulated pot of money.”

FTX founder Sam Bankman-Fried based his business in the Bahamas, where he reportedly led a lavish penthouse lifestyle and, according to federal prosectors, misused billions of dollars in customer funds.

Bahamian authorities arrested him on Monday following a formal notification by the U.S. government that it had filed criminal charges against him and would likely request his extradition. The U.S. and the Bahamas have had an extradition process in place since 1994.

Crypto ‘doesn’t get a free pass’

Brown this week thanked the U.S. and Bahamian officials behind the arrest, adding in a statement, “I trust that Mr. Bankman-Fried will soon be brought to justice. It is clear he owes the American people an explanation.”

He added, “Things that look and behave like securities, commodities, or banking products need to be regulated and supervised by the responsible agencies who serve consumers…Crypto doesn’t get a free pass because it’s bright and shiny.”

Brian Armstrong, CEO of crypto exchange Coinbase, noted in tweet last month that FTX was “an offshore exchange not regulated by the SEC.”

His company is based the U.S. and as a publicly traded firm has more transparency than FTX did. This week, Coinbase shares fell to an all-time low.

“The problem is that the SEC failed to create regulatory clarity here in the US, so many American investors (and 95% of trading activity) went offshore,” he wrote. “Punishing US companies for this makes no sense.”

Our new weekly Impact Report newsletter examines how ESG news and trends are shaping the roles and responsibilities of today’s executives. Subscribe here.