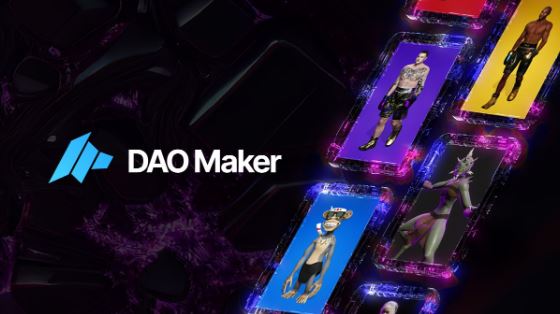 Interactive entertainment has become a very popular concept in virtually every form of entertainment. The gaming industry is the most prominent part of the concept as developers try to create immersive experiences for gamers.

With the current play-to-earn blockchain gaming trend, gamers are clamoring to get into some of the most profitable games. However, these platforms are not fully engaging with users, and most of them require players to pay hefty sums to purchase in-game assets in order to participate in the game.

This situation has greatly impacted audience engagement as most players simply cannot afford these assets. Interestingly, Taunt Battleworld promises to reward users for even the most basic form of participation – simply watching others play.

Taunt Battleworld is the first-ever engage-to-earn digital collectible fighting game simulator. It is a next-gen game targeted at mainstream gamers who would not mind blockchain integration. It is a 3D fighting game that features special celebrity appearances during the game, including Floyd Mayweather and Cris Cyborg.

The game acts as a bridge between traditional video games and the emerging blockchain gaming model. It offers players fun-filled gameplay, multiple digital assets, and diverse earning opportunities. Aside from the play-to-earn model, which it achieves using NFTs, Taunt Battleworld also has a watch-to-earn and predict-to-earn feature. Here, participants get rewarded for watching the battles or giving predictions regarding the outcome of the conquest.

The project is developed by a team of veterans from some of the top multinational companies, including Amazon, Unity, IGT, and EA Games.

The team has partnered with some of the big names in the crypto and gaming industry, including Polygon, GenBlock Capital, Shima Capital, and Rainmaker Games.

How Does it Work?

Taunt Battleworld is set in an apocalyptic world where the Old Gods have turned the Earth into their playground, dubbed Battleworld. Thousands of the best fighters in the universe have been placed on earth to battle humans in a never-ending war of supremacy.

The in-game battles are acted out in simulations decided by the game’s proprietary algorithm. However, the warriors’ goal is not only to fight and win in battles but also to use killer techniques that will allow them to gain the favor of the Old Gods.

Hence, players can choose the different strategies that the warrior will use in the battles. Additionally, since there are several high-value prizes to be won at the end of each battle, the players carefully select which matches have the best outcome for their warriors.

To enable the faster creation of new Acolyte warriors, the game has a special feature dubbed Quickening. Here, the players can combine the genetic codes of two of their Genesis Acolyte Warriors to breed new warriors.

Taunt Battleworld introduces a new reward method – the engage-to-earn model. As the warriors battle amongst each other, win or lose, the participating warrior owners, tournament watchers, and gamblers all get to earn.

By simply watching the battles, actively interacting with the game, and participating in prediction contests, players stand the chance of winning several rewards.

You Never Know Who You Will See in Battleworld

In addition to a fixed supply of 25,000 Genesis Acolyte Warriors NFTs, Taunt Battleworld has several commitments from the world’s top combat sports athletes to be in the game. The “Black Magic” Collection will be available on Magic Eden on January 14th and will feature rare playable characters such as Floyd Mayweather Jr, Cris Cyborg, and Andy Ruiz Jr. In addition to these world champions, the collection will also include a selection of other warriors, totaling 1,000 pieces. You can learn more about the collection here.

The incoming release of $TAUNT is planned for late Q1. Confirmed launchpads include BSCpad, Wepad, and Spores.

In addition to the launch of the Black Magic Collection, players can also earn free airdropped tokens by voting for TAUNT to be a community-based launch on the DAO Maker launchpad from January 10th through 17th. TAUNT will be used for in-game utility and to power the Taunt Live platform.